If you don’t like British guys turn back now.

So the last week in February was “winter break” in France. “Winter break?” you may ask. “Isn’t that the same thing as Christmas Break?” Well while the two may be synonymous in the US, in France winter break is an extra break for either one or two weeks at the end of February!

So I decided to take full advantage of this fortuitous break and head over to the UK and visit London and Edinburgh… and a couple places in between.

I actually headed out to London by myself and spent the whole day wandering the city alone since the girl I was travelling with had class that day and wouldn’t arrive until late that evening. But since this wasn’t my first time in London I wasn’t worried. So after I hopped off the train and dropped my bags at the hostel I immediately went to Covent Garden, a cute little shopping area to buy some of Whittard’s Vanilla Shortbread tea which has to be the best tea I have ever had in my life – and I’ve had a lot of tea!!

Then I walked to this tea room I had looked up earlier, fully intending on grabbing lunch and then tea and scones there, but then I chickened out when I walked up to it. This would be my first time ever eating lunch by myself okay?

So I decided to go eat at Wagamama, an Asian noodle chain restaurant that is absolutely delicious. They don’t exist in Paris so that’s how I justified it. And so I ate lunch by myself for the first time (in a foreign country at that) and I survived!

I was feeling quite proud of myself and independant at this moment so I mustered up the rest of my courage and walked back to the tea room and finally got to try scones in England, complete with clotted cream and jam.

Then after my leisurely (two) meal(s) I decided to walk all the way to Shakespeare’s Globe Theater since it included a long stroll down the River Thames: 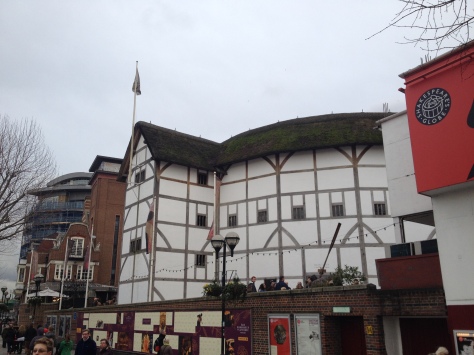 Then I took a guided tour of the place complete with various theatrics and a summer camp full of kids cheering to “destroy” the “dragon” that was “burning” down the theater. 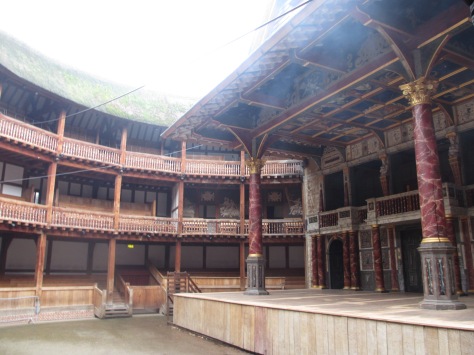 After making my purchases, I walked all the way back to the British Museum. Man that was a long walk! The British Museum was thankfully free and I arrived just in time for a guided tour/explanation of the Rosetta Stone which is a stele inscribed with an official decree in three languages: Ancient Egypt hieroglyphs, Demotic script, and Ancient Greek. Since we already had knowledge of Ancient Greek, this stone tablet allowed us to begin to understand hieroglyphs!

I wandered past lots and lots of mummies… including Cleopatra’s!! and then stumbled across an exhibition on English propaganda during Napoleon’s time! As a French major and a history fan I laughed quite a bit:

Afterwards, it was pretty late I went back to my hostel to wait for my friend to arrive! My first day “travelling” by myself wasn’t too bad, but I was definitely feeling starved for human interaction by that evening!

The next day I re-did some of the typically touristy things such as the London Eye and the Tower of London with my travel buddy… and I stumbled across this in the Tube:

After the London Eye we went scone hunting which led us to a saturday market full of food… But no scones. 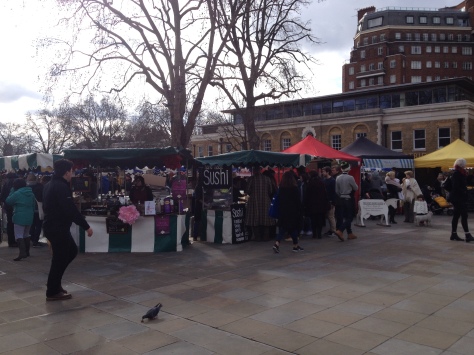 I ended up grabbing some cheap, delicious Indian food for lunch, because the Brits understand Indian food a lot better than the French do! 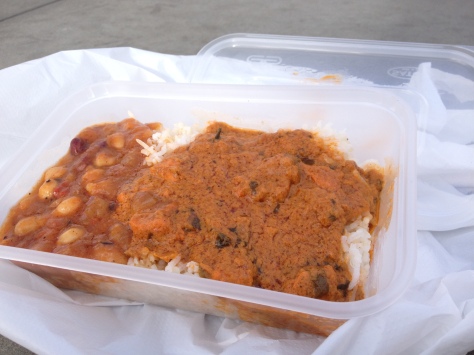 Following our first failure to find scones, we continued the hunt for the next hour, until we finally stumbled across a place that had tea and scones. Then I was presented with this conundrum:

Well, I added milk and didn’t really taste a difference…

But the scones were out of this world! One was with dark chocolate covered cherries and the other contained an assortment of fruits like apricots and blueberries! 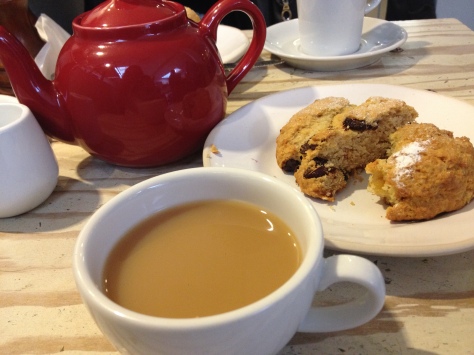 After our little tea break, we headed to the Tower of London to see the crown jewels (Moriarty wasn’t there unfortunately) and then we we went to Baker Street for dinner and passed by 221B Baker Street to find, much to my surprise, that the museum was still open!

Then we had dinner at Nando’s, a Portuguese chicken restaurant chain that once again, does not exist in Paris! They have this wonderfully spicy lemon and herb sauce and I couldn’t go to London without stopping by again!

The next day was essentially my whole reason for going back to London:

I’d always wanted to visit Stonehenge, but to tell you the truth I’d never had any idea where Stonehenge actually was! Turns out it’s only an hour or so outside of London, so I bought a ticket for a day trip to Stonehenge and Bath and basically got on a bus and was taken everywhere! 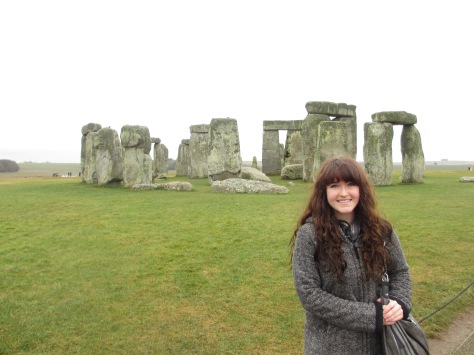 After our little jaunt at Stonehenge we travelled to Bath, the location of Roman baths (hence the name) which were considered sacred at the time because they believed a goddess lived in the natural hot spring.

My reason for going? It was also mentioned several times in Jane Austen’s novels as a chic vacation getaway!

Of course I couldn’t leave England without eating Fish and Chips at least once:

And then the next morning I woke up to an owl tapping at my window holding a letter in its beak… so off I went to Kings Cross Station!

But before heading off to my “new school,” I took a trip to Scotland which I will describe in my next blog post!